ZSK sequin devices have been the market leaders since they first entered the industry in the 1980s. Over the years ZSK continued to innovate with; sequins up to 22mm, twin sequin devices and rhinestones. All on a machine that runs at 1000rpm. Now we also offer Functional Sequin Devices (FSD’s); allowing for the integration of LEDs, RFID chips, sensors, antennas, Bluetooth, even entire microcontrollers into embroidery products.

Sequin equipment for any head unit.

Most of the ZSK embroidery machines can have a sequin device installed on either or both sides of the head unit. With an 18 needle head, a third device can also be installed at the centre of the embroidery unit.

All sequin devices are powered by stepper motors and do not require air connection. With two twin devices on one embroidery head you can embroider designs with up to four sequins.  Embroidery patterns with up to eight different sequins can be produced by using a D-drive (double travel).

The fusion of electronics and textiles. Is it the next big thing?

As more and more e-textiles and smart wearables are entering the market every day, production demands are increasing.

Whether its integrated LEDs, sensors, or RFID chips, ZSK has the solution for automated placement and fixing of functional sequins. This removes the need for secondary application processes. Conductive paths for connecting the FS to other components can also be embroidered directly into the design.

Creating special effects with LEDs are a common use of functional sequins. LED’s are pre-mounted on sequin rolls which are sewn into the fabric structure during the embroidery process. Huge cost savings and increased production speeds can be achieved by automating the integration of functional sequins. 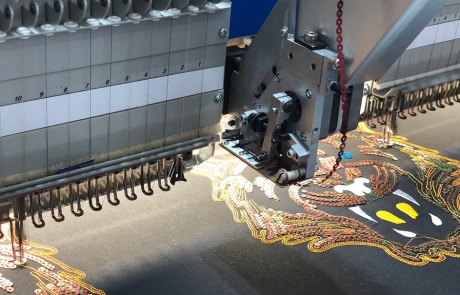 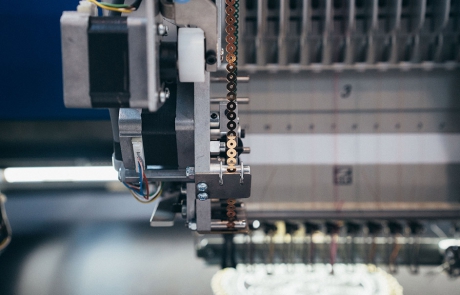 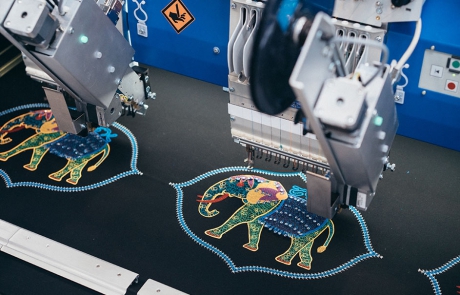 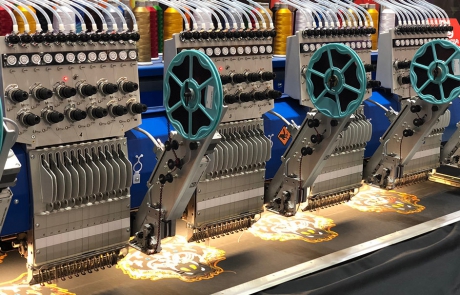 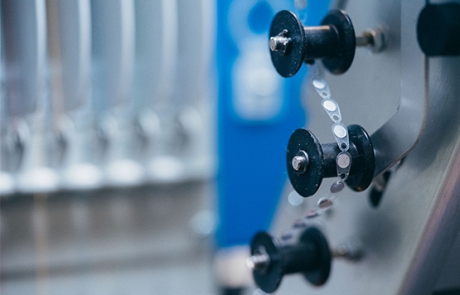 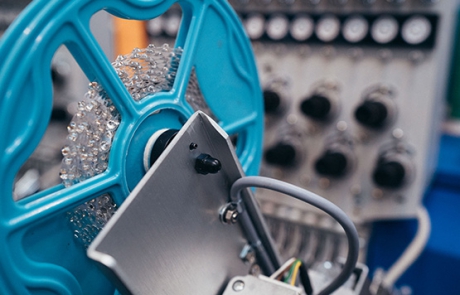 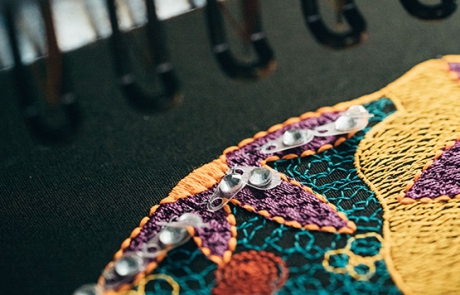 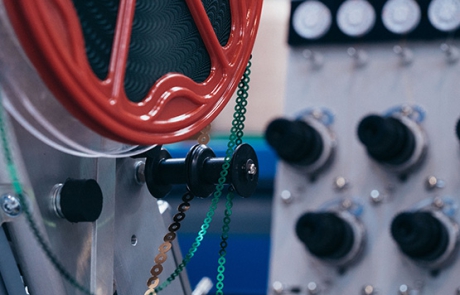 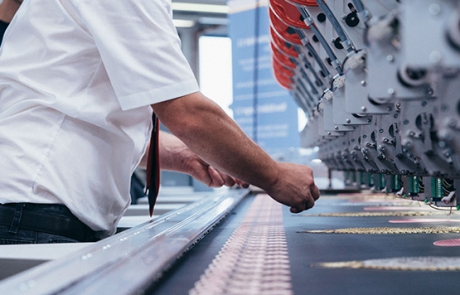